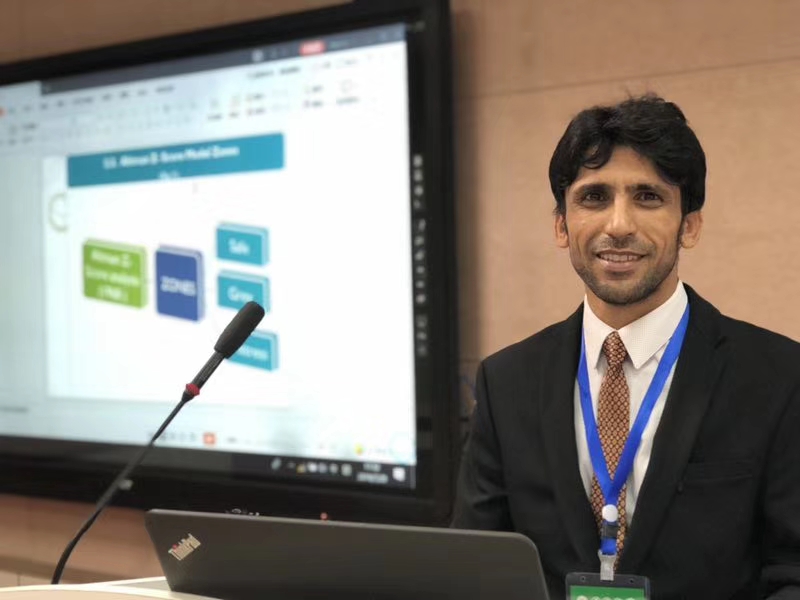 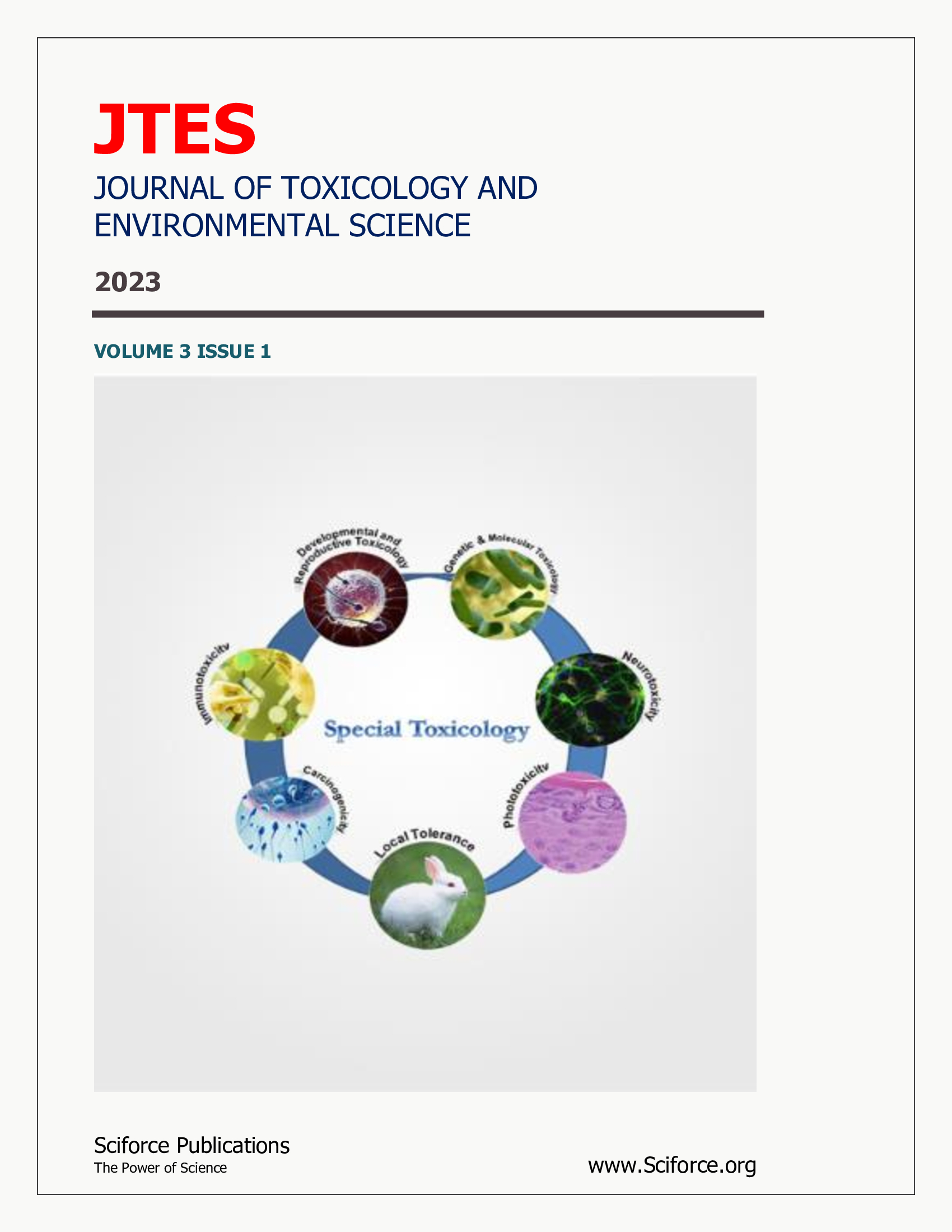 Suaedafruticosa shows a high growth rate in saline and contaminated soils. It grows in abiotic stresses with reducing the productivity of crops. Plant samples on a size basis (40cm, 60cm, and 80cm) were collected at different lagoons of KTWMA, Kasur. The plant samples were further distributed and characterized into different parts (roots, stem, leaf, and seeds) to check the availability of metals. The outcome indicated that chromium and lead concentration was higher in parts of the plant, especially in the stem. Chromium metal in the stem of different sized plants (small, medium, and large) was 42.2507±0.0352, 45.3528±0.0375, and 58.4065±0.1624.At the same time, lead concentration was found18.0125±0.0014, 26.3505±0.0034, and 27.8352±0.0038 that isless than chromium. Zinc concentration was observed least but noticeable during the experiment. Fromtheexperiment, it was concluded that S. fruticosa might act as a hyperaccumulator for different metals, especially Cr and Pb. Future studies are needed in order to mobilize and remove hazardous trace metals to keep the environment healthy.

Introduction
Suaedafruticosa grows under highly saline conditions. Salinity stress is one of the main abiotic stresses in arid and semi-arid regions restricting crop production (Chekroun-Bechlaghemet al., 2019; Ksouri et al., 2012). Shah et al. (2020) suggested that S. fruticosacan be planted for re-establishment on arid-saline lands and cultivated as an unconventional edible or cash crop. Nearly 500 plant species have been known to hyperaccumulate heavy metals (Pollard et al. 2014). Hyperaccumulating plants can accumulate metals in parts of their roots and shoot from the contaminated soils. The qualities and systems of hyperaccumulation in the extraction of metals and furthermore distinguish the types of hyperaccumulation dependent on the plant's bioavailability of the metals.

Hyperaccumulation is also a trending technique to remove pollutants like heavy metals from aqueous media and contaminated soils. Hyperaccumulators are such plants that are able to grow at a high level of heavy metals, accumulating metals in their aerial parts, tissues, and roots. More than 500 plant species are considered hyperaccumulators and accumulate metals at different plant tissue levels. Most metals, whose biological functions are unknown, also get accumulated in various tissues (Ruk et al., 2006).

Hyperaccumulators are distinguished due to three specific hallmarks: heavy metal absorption with increased rate, earlier root-to-shoot transfer, translocation and improved ability to detoxify, accumulate heavy metals in leaves. Variety of plants belonging to distantly associated families except sharing the capacity to grow on metallic-ferous soils and to accumulate extremely huge concentrations of metals in aerial parts, way above the thresholds present in most animals, without phytotoxic impact, has been observed. A comparatively small community of hyperaccumulator plants is able to sequester metals present in higher concentrations in their root-shoot tissues. According to Yang et al. (2005), significant scientific advancements carried out to evaluate biochemical processes of metals uptake and translocation in plants in recent years. The process involved in hyperaccumulation by hyperaccumulators of metals from soil to shoots consist of a) bio-activation of metals rhizosphere by root-microbes interactions (b) improved uptake in plasma-membrane by transporters of metals (c) detoxification of metals by distributing to apoplasts such as binding with cell walls and chelation of metals in cytoplastic-membranes.

In recent decades, Sheoran et al. (2016) identified the metals accumulation in special environmental locations that have drawn significant public attention. Traditional cleanup methods for extracting and extracting heavy metals from mining sites are either inadequate or very expensive for developing countries. Research efforts have turned to phytochemistry in recent decades, using hyperaccumulators as an alternative and inexpensive source for heavy metal extraction. Elimination of metals is necessary to overcome global problems. These are removed by a variety of methods from the aqueous solutions by actions of bacterial species, fungus cultures, algae masses, mosses, macrophytes, and microphytes (Holan et al. 1994; Leusch et al. 1995; Knauer et al. 1997). Heavy metals are considered one of the leading pollutants from the last decade due to their environmental impacts, caused by natural and human activities resulting in health risks. They are referred to as ecosystem contaminants because of their transmission through dust particles, leaching in the course of soil, and by spreading solid waste material (sludge, tannery wastes).

The latest heavy metal remediation strategy from polluted soil-water is costly and time-consuming, and ecologically harmful. Metals do not decay, as opposed to organic compounds, and efficient cleanup, therefore, includes their immobilization to decrease toxicity. Throughout recent years, Scientists and engineers have begun to develop cost-effective innovations, including the use of In order to clean contaminated environments, microorganisms/biomass, or live plants. As heavy metals cause such deadly effects on human health, they should be treated or removed in a defined way. Many ways can remove these metals. Bio-absorbents are most effective in such away. Bacterial absorption is also effective for heavy metals removal for aqueous solution. Moreover, phytoremediation for combating heavy metals was also introduced worldwide.

Chromium is composed of usually found on earth surface such as Chromium (III) and Chromium (VI), characterized by distinct chemical properties, which are toxicities and a tough oxidizing agent and a strong oxidizing agent, Chromium (VI), While Chromium (III) is micro-nutrient and is extremely toxic, that is 10-100 times not as much of contaminated than a non-hazardous on Chromium (VI). It was recorded that Cr (VI) induced changes in the composition of microbial species in the soil and documented to have an adverse effect on microbial cells at high concentrations and metabolism. Lead (Pb) toxicity causes a decrease in hemoglobin synthesis, interferes in the functions of the kidney, cardiovascular systems, joints, reproductive systems, and chronic damage to the central and peripheral nervous systems (Ogwuegbu et al. 2005).

Wastewater concentration has been increased by increasing industrialization, overpopulation, agricultural practices, and economic conditions. Wastewater irrigation is a major cause of field soil contamination, causing an increase in heavy metals concentration (Pandey 2006). Generally, wastewater also includes a fair amount of beneficial nutrients and heavy metals for agricultural fields. Excessive use of wastewater for irrigation causes metals accumulation in agricultural soil (Mahmood et al. 2014). Fields irrigated with wastewater causes contamination is because of accumulations of metals on earth and ground-water. Since these foods are essential components of human diets, heavy metals pollution in vegetables should not be ignored. Vegetables, which also have positive antioxidant effects, are rich sources of vitamins, minerals, and fibers. However, there could be a danger to human health from the consumption of heavy metal-contaminated vegetables. The more important facts of food value assurance are heavy metal contaminations of foodstuff products.

Collected plants were distributed into root, stem, leaf, and seeds to check the availability of different metals in different parts of the plant.

Samples of plant parts (root, stem, and leaf) were washed with distilled water for removal of soil and other debris, oven-dried, crushed with mortle and pestle, and then sieved through 2mm sieve. The seeds were collected, oven-dried and then crushed in fine powdered form with the help of mortle and pestle.

5g of each sample was digested into HCLO4 and HNO3 (10ml) with 3:1 at 85C0 for 15-20 minutes on a hot plate until the color of the solution became transparent. Solutions were filtered with Whatman filter paper, cooled at room temperature, and filtrate kept in a beaker for metal analysis. Then the volume of the solution increased to 50ml by adding distilled water.

The samples were analyzed by using AAS (atomic absorption spectrophotometer) for evaluating the concentration of metals in each sample.